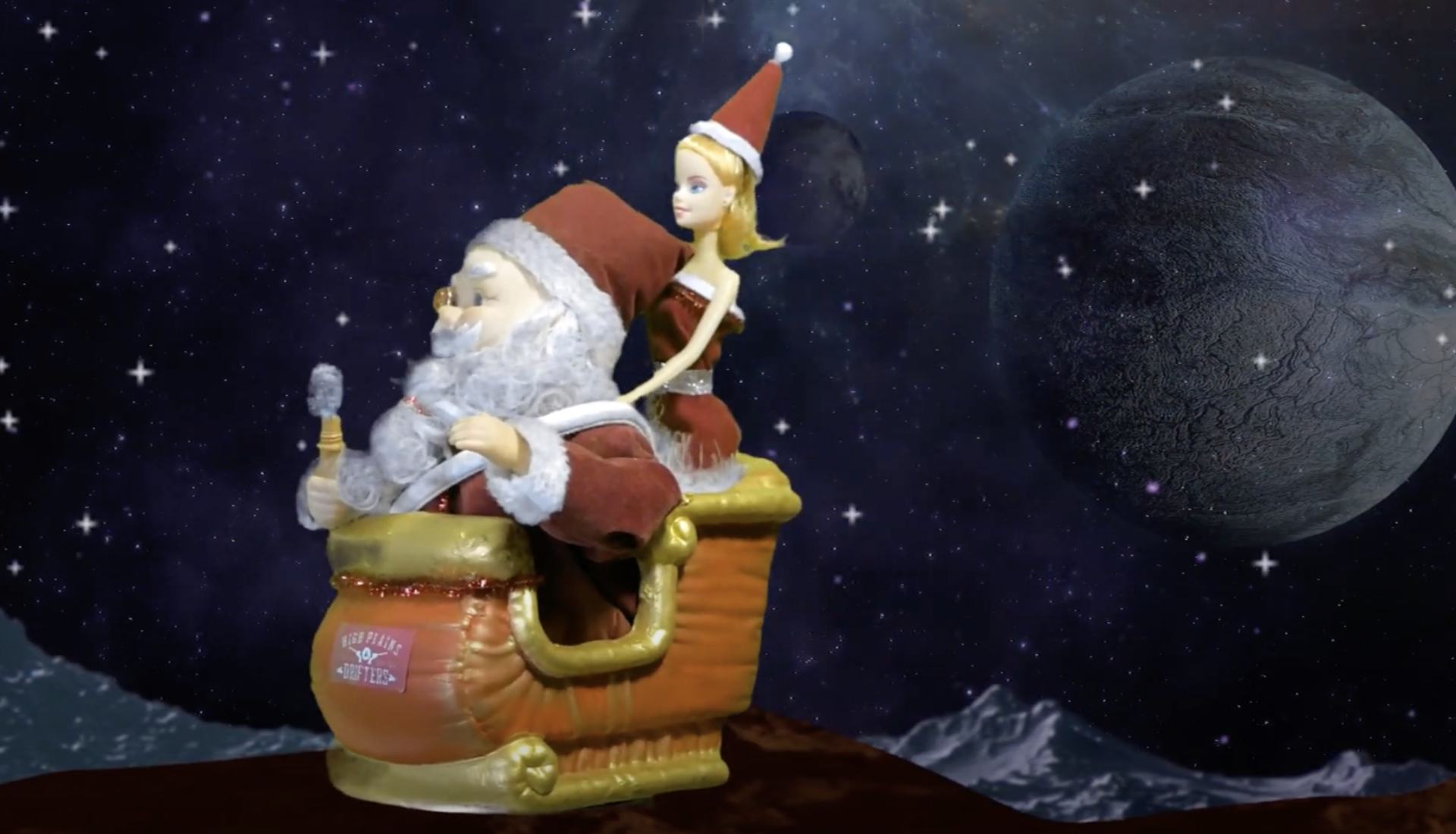 We all need some cheer amidst these insane times, so MusicTAP is pleased to premiere the video for the hilarious and upbeat holiday single “Santa! Bring My Girlfriend Back!” from genre-bending indie band The High Plains Drifters.

The holiday track is produced by Greg Cohen (Robin Thicke, Nile Rodgers) and tells the story of a distraught man who seeks solace in drink after having his girlfriend stolen by Santa Claus. Inspired by a boozy and drama-filled Christmas dinner, the track features an array of instrumentation, marrying traditional and contemporary sounds – including upbeat marimbas, acoustic guitar chords, and horns reminiscent of everyone’s favorite holiday classics.

After waking up one next morning and trying to remember the prior night’s holiday debacle, Larry Studnicky (HPD’s front man) was inspired to put pen to paper and craft the holiday tune, after the melodies kept ringing in his head like a hangover.  “Santa! Bring My Girlfriend Back!” is a precursor to The High Plains Drifters’ forthcoming second album, to be released in 2021.

The forthcoming collection is the follow up to the band’s debut self-titled album, The High Plains Drifters. Their first offering conceptualizes a listening experience of a sonic road trip across the country, where your radio station of choice automatically tunes into different musical genres as you travel. As they propel the listener through various genres (pop-punk, mainstream rock, ballads and more), one thing is certain: The High Plain Drifters offer a cohesive body of “feel good” rock-n-roll.

There is one comment on HOLIDAY MUSIC/VIDEO PREMIERE: THE HIGH PLAINS DRIFTERS, “Santa! Bring My Girl Back!”